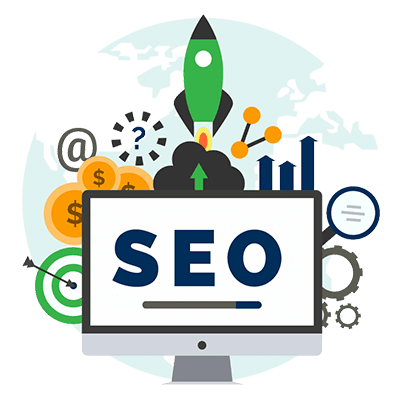 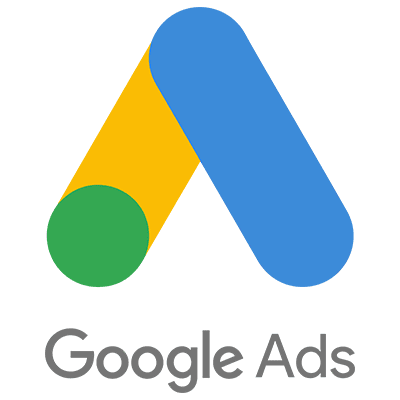 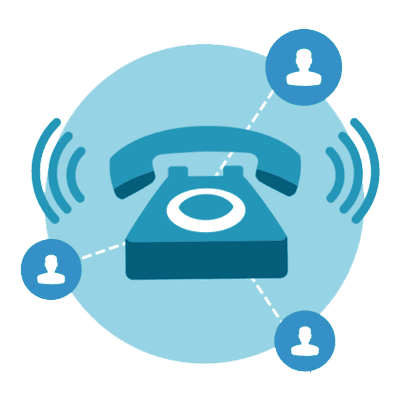 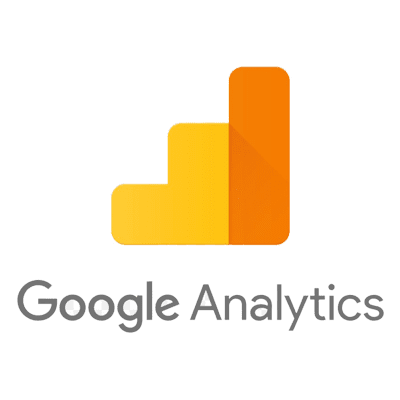 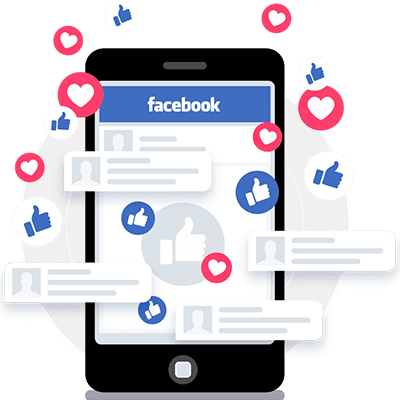 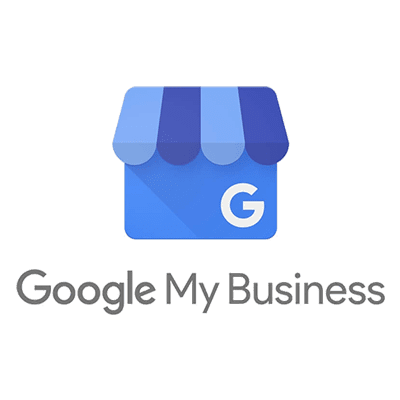 From invisible to dominant search rankings in over 40 cities, including Boston, Manhattan, New York City, and more.

We originally began working with ProEX Physical Therapy in 2010, and helped them dominate the New Hampshire Physical Therapy market by dramatically improving their website organic rankings and traffic for all things related to physical therapy. ProEx became so dominant that they were able to grow their physical therapy practice from 5 offices to 18 offices from 2010 – 2017, at which point they were acquired by Professional Physical Therapy, one of the country’s largest PT conglomerates. ProEx was a prime target for PPT in large part because of its digital presence and valuable organic top-of-page Google rankings.

When the ProEx-PPT merger took place, we were quickly able to transition the techniques we had executed so perfectly throughout the prior 8 years, and apply them to PPT’s benefit.

We have created significant value for Professional Physical Therapy using advanced, white-hat SEO techniques designed to position the company as the leader in all things PT in their respective cities and towns.

Please see below for a graphical representation of these improvements just since the beginning of 2019: 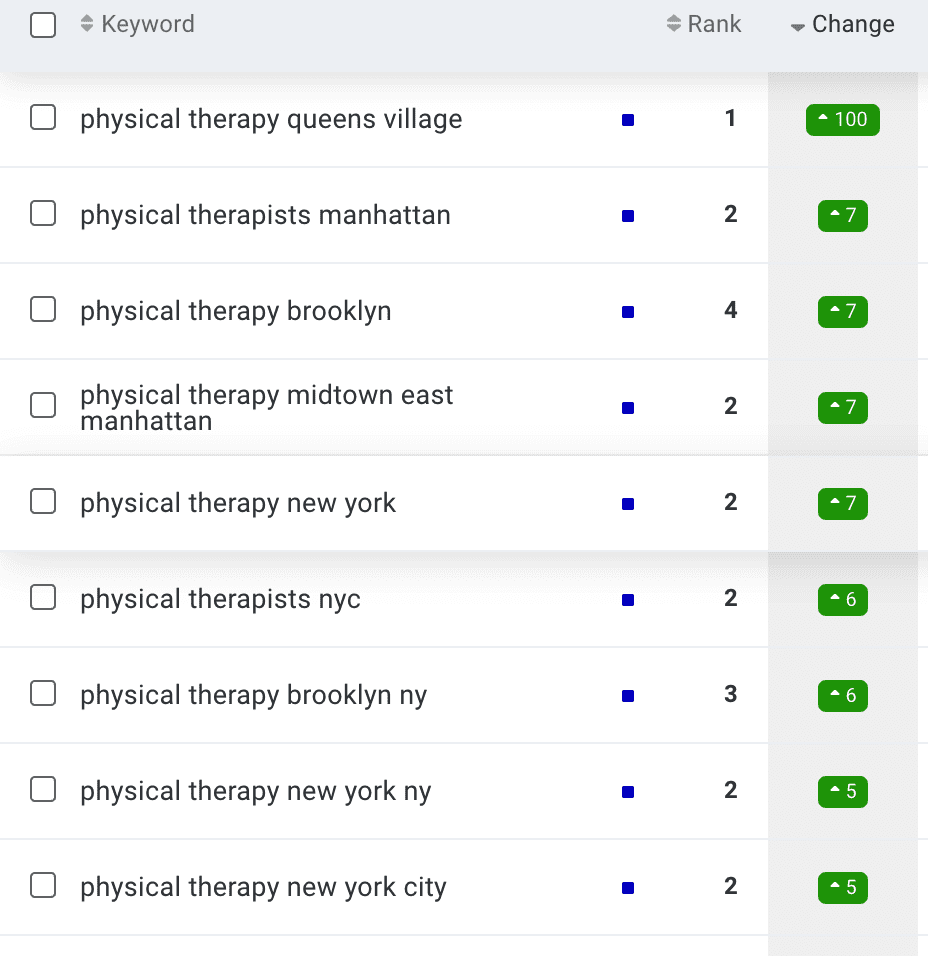 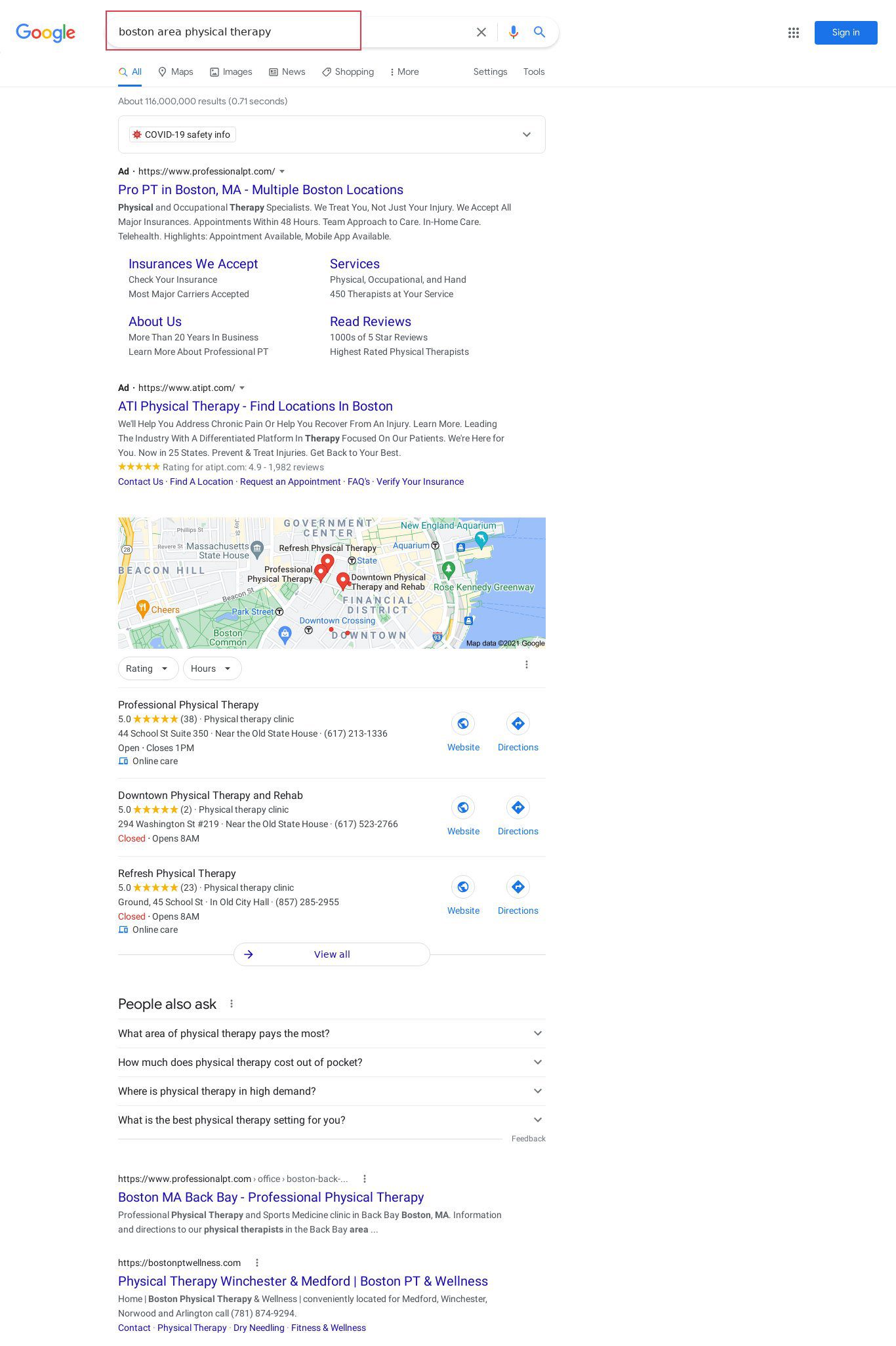 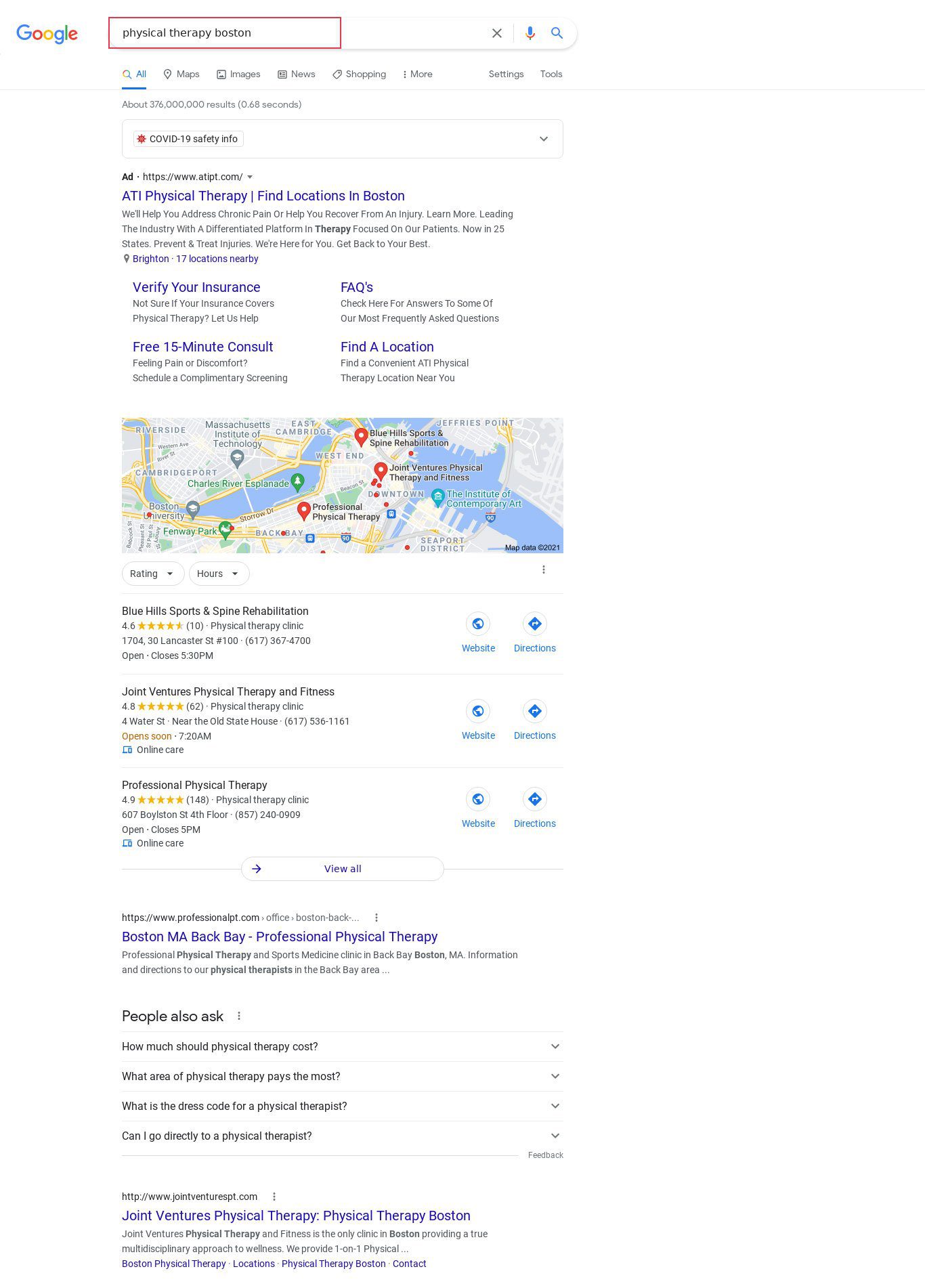 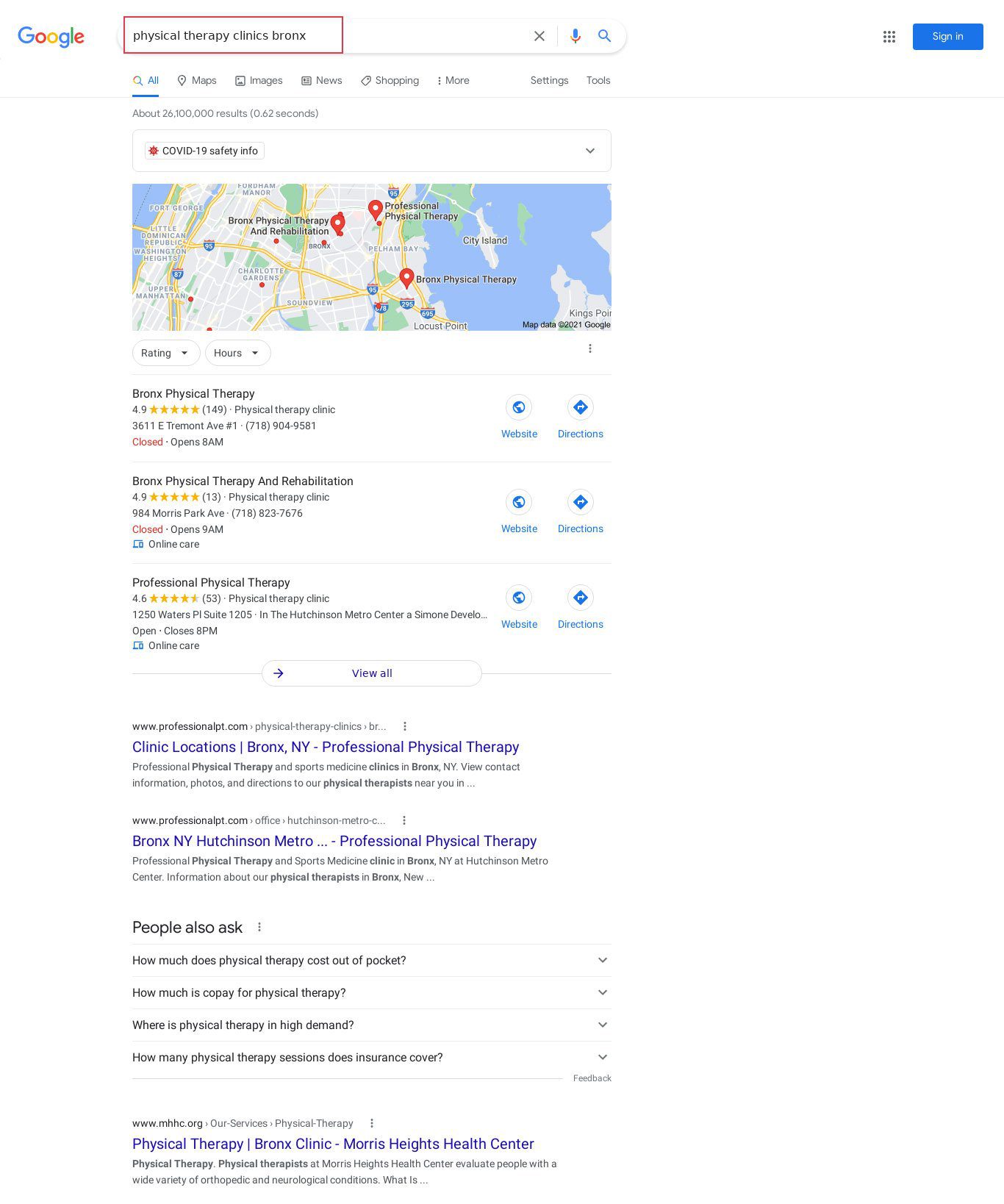 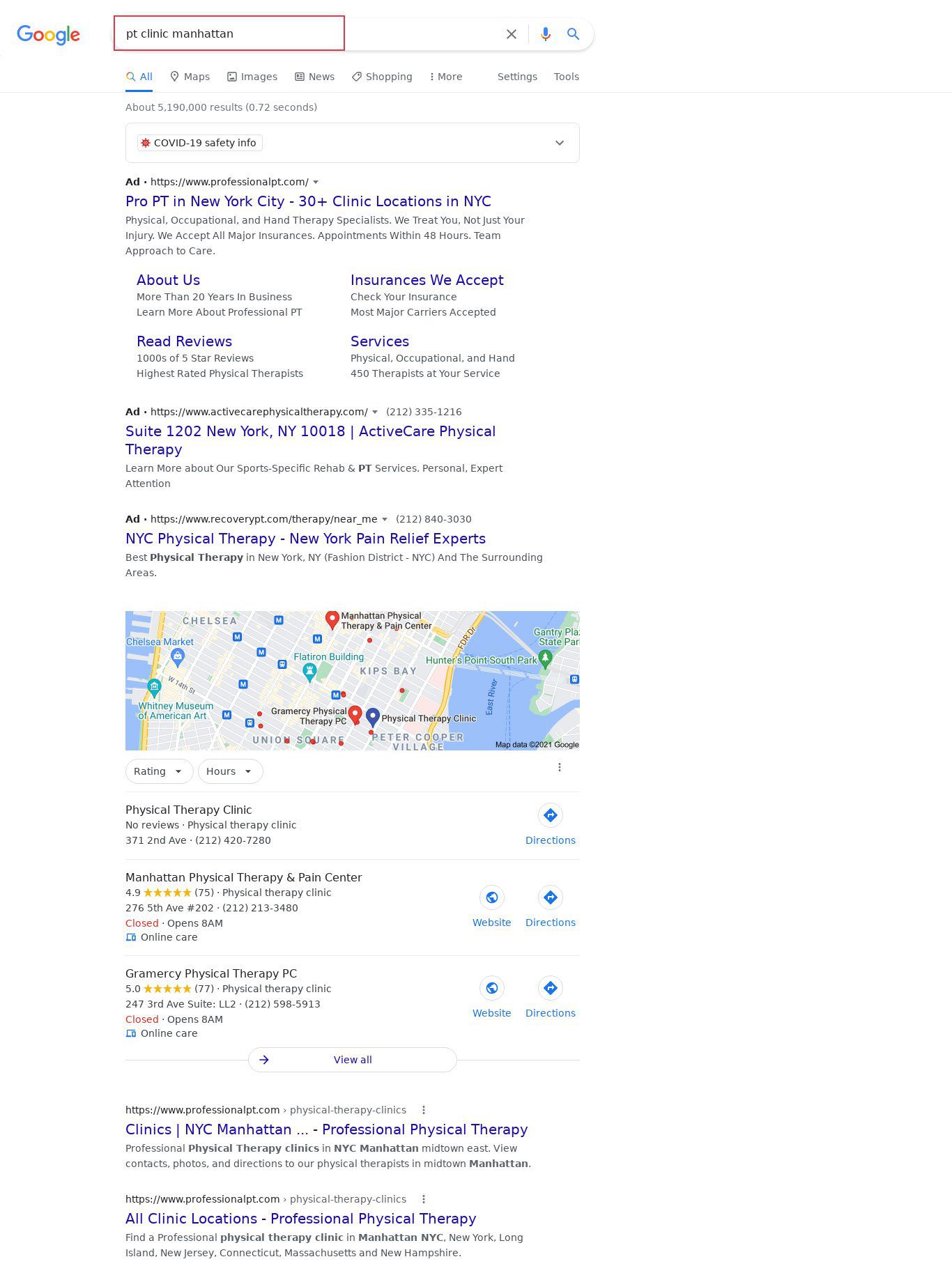 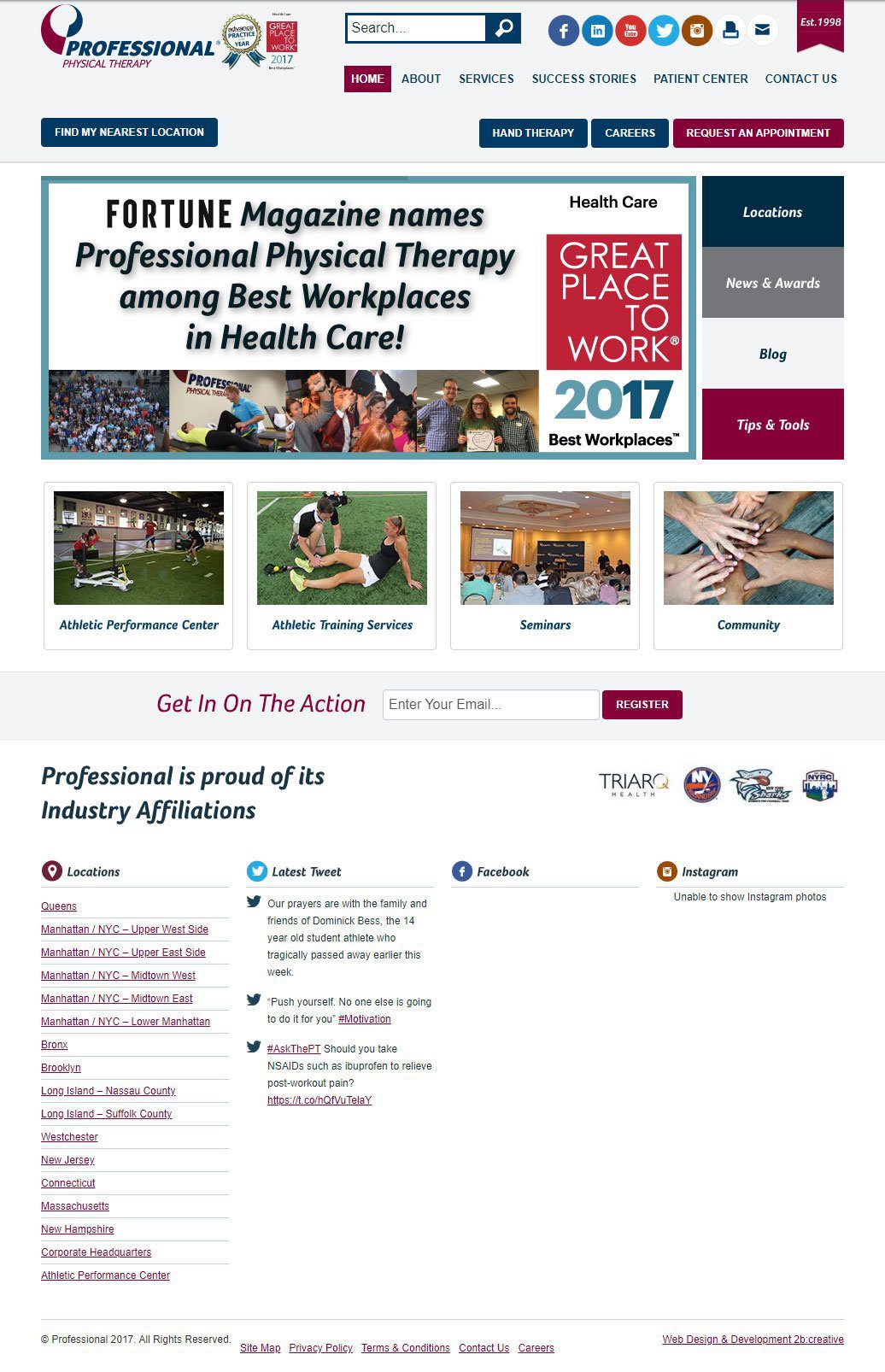 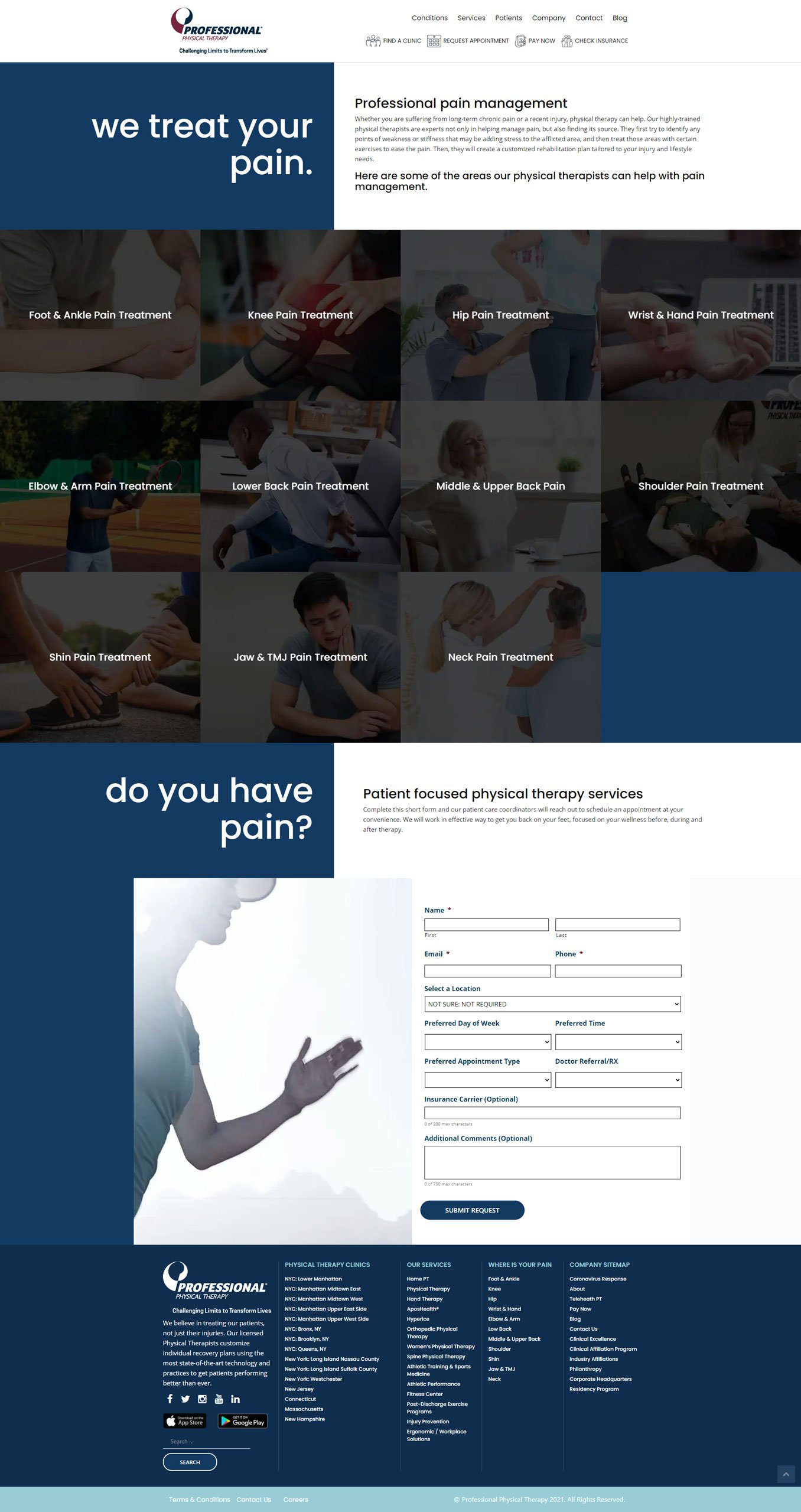 We can help you grow your business, too.

Fill out this quick form and we’ll get right back to you!